Riot has announced that Valorant closed beta is coming to an end. The closed beta has been live since April 7th and we’ve received the news that it will playable until May 28th. This also means that all progress for every player will be reset when the game is released on June 2nd.

Riot has also announced that a new map, agent and a game mode will be released on launch day. Jared Berbach, Senior Producer/Product Manager at @RiotGames, has confirmed that the new game mode will not be Deathmatch. Though he says that it is something that they are currently working on.

To see the full announcement made from The Game Awards, check out the video below. 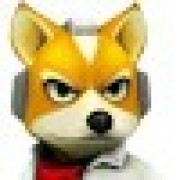 100 Thieves Hiko and nitr0 are building a VALORANT roster

All Valorant Agents have the same hitbox and other stats